By Rachel Stowe Master and originally published in NAPE: The Magazine for Deal Makers, January 2021, pp. 40-43

BEFORE TIM CUSTER BECAME AN EARLY ADOPTER OF AI AND MACHINE LEARNING, he was a disbeliever. 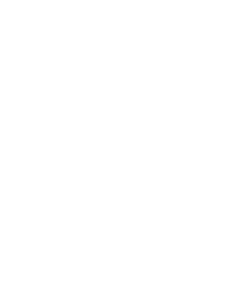 Custer is senior vice president, commercial, at Apache Corp. in Houston, where he oversees the company’s North American land activities as well as its worldwide acquisition and divestiture activity and commercial real estate. Throughout his 30-plus years in the oil and gas industry, Custer had witnessed many technological marvels — just not in the land space.

“It seems like all the other disciplines — engineering, drilling completions, geology, geophysics — have really advanced technology over the decades, but land has lagged behind in terms of integrating technology,” he said. “If we can drill a horizontal well several miles beneath the earth and steer the drill bit within a couple of feet within a targeted landing zone, that kind of technology is just incredible. And geophysics in terms of seismic imaging rock in the various formations has advanced extensively over the years. But in land, we really didn’t have any technologies that embraced how to make our business more efficient.”

A few years ago, a call from Nick Vandivere, CEO of ThoughtTrace, piqued Custer’s interest in the potential impact artificial intelligence and machine learning could have on the land discipline. Vandivere explained that his company had developed platforms to digitize oil and gas leases through optical character recognition and written algorithms that could organize the digital land files. Custer was intrigued. But not convinced.

“We often use an expression: ‘Trust God and everybody else bring data,’” Custer said. “It’s easy to put on a sales pitch, but the proof is in the product and its ability to deliver what was promised.”

We asked Custer to share about his journey from AI disbeliever to early adopter.

What prompted you to give artificial intelligence for documents a try?

TC: Nick said they were focusing their business on the land side of the oil and gas industry. Their early platform was leveraged on two concepts, document management, and contract analytics. Through their model, you had the ability to literally take a box or file of documents — letters, agreements, leases, etc. — digitize them and run them through their software and algorithms, which were then able to recognize the types of documents and organize the files in a manner that previously a human had to do. The other capability enabled you to use their software to go through thousands of oil and gas leases and key on certain words or a clustering of words — like “insurance” or “consent to assign” — and as opposed to having a human read those documents, which would take hours and hours of review, through this technology they could do it very quickly and accurately. I wasn’t a believer early on so I asked Nick to develop a couple of proof of concept cases. We gave them a box of unorganized files and said, “Here, organize them for us.” It came back amazingly accurate. All of the correspondence was grouped in chronological order. All of the various types of documents you would find in our typical land records were very well organized. At that time, we were also working on a project where we were analyzing the marketing and royalty provisions for over 1,000 oil and gas leases located in a particular geographic area. We gave them all of our digitized oil and gas leases and asked if they could run them through their software and identify the different types of marketing arrangements, identify any prohibitions on deducts and really get into the variances of the royalty provisions, and look at those leases in like wording based on the exact words contained in the provision. That also came back amazingly accurate and took only a day or two of turnaround time. One of the interesting aspects of this technology is that the more provisions it reads, the better its capabilities become. The machine learning part of the technology is fascinating.

What were the biggest hurdles to getting started?

TC: I think adopting the technology was probably the easiest part once we learned of its capabilities; however, being able to expand the use of the technology throughout the organization was one of the early hurdles. We have all levels of experience — younger landmen who have just graduated from college and are very comfortable with software and technology and more senior employees who are less experienced using technology. User conferences, training and an intense focus on customer service at ThoughtTrace have helped us expand its use across our organization.

Apache has documents associated with some 60,000 oil and gas leases, ranging from two pages to 50 pages. Have you digitized all of them?

TC: We started imaging documents prior to our introduction to ThoughtTrace. We digitized all of our oil and gas leases, and it was quite an undertaking. It required records management folks and imaging techs. We placed scanners in each of our regional offices and had imaging techs image all new incoming documents, and then at our headquarters where our corporate data management
group is located, we developed a team to image our legacy documents. It took us a couple of years, and we had to focus on quality control because a lot of the documents were 70 or 80 years old. I think our earliest oil and gas lease is from 1929, and after making copy after copy after copy, the quality is limited. In those cases, we would pull an image document from what was formerly  Drillinginfo’s abstract plant or we would go to the courthouse and obtain a more legible copy of the document so the optical character recognition was more accurate and the pixels were picked
up and legible.

How has AI helped with organizing your lease documents?

TC: Many of our documents were already organized just by the way we managed our physical records. But I think the biggest advantage of using ThoughtTrace’s platform was to take an unstructured file and to digitally put structure to it through their software. A big advantage to organized digital documents is the ease in navigating through them — meaning the software can organize correspondence, recognize types of documents and can put them in like groupings, making it more efficient to review them.

How does AI make your lease documents more accessible and searchable?

TC: I think the beauty of it — particularly during the pandemic — is that we can put the technology at the fingertips of the landmen and analysts via their desktop by remote access to our network. During the pandemic we have been able to work remotely with connectivity to all of our databases and software. I think the biggest advantage is for the landman sitting at their desk to be able to access digitized documents and run queries and cases for whatever particular project they’re working on.

Can you quantify the time, space or monetary savings you have seen?

TC: The quality of the information is more accurate because it takes a lot of the human element out of it, but it also improves speed. I’m responsible for Apache’s business development. We have historically conducted a lot of transactions. For the most recent transactions, we loaded all of the oil and gas leases that were to be included in the divestiture and ran them through the software to identify every “consent to assign” and every “preferential right to purchase” provision so we could identify those documents and group them. What would have taken a team of landmen to perform due diligence is done within minutes and hours compared to days, weeks and perhaps even months. I can’t put a figure on the time and cost savings, but it’s extensive. When you think about ultimately going to a digital system, where we’re utilizing both our document management system and ThoughtTrace, we’ll no longer need to keep our physical files except for those that are required from a records retention policy. But a lot of the documents we can either put in a salt mine or we can destroy. So then there’s a savings on space. From a real estate perspective, it minimizes the need for warehouses and floors of physical files in our office, and ultimately we’ll be able to continue to reduce those needs.

You’ve said that AI can be especially beneficial when applied to consent to assign provisions. How so?

TC: We have a team of landmen in our A&D group who perform our seller’s due diligence, and AI has made the upfront part of a transaction very easy and accurate. We used to hire a team of land consultants to come in and review our records and identify those documents that contained various provisions that you would need to identify and ultimately represent its accuracy. As a seller you  make certain representations to a buyer as to which oil and gas leases and which properties require a third party consent before you can transfer them to the buyer, so AI is very helpful in that process.

Has AI increased the accuracy of your data integrity?

TC: Absolutely. It enables you to take out a significant portion of the human element, but it’s not necessarily eliminating jobs — it’s just streamlining the process and allowing us to be more efficient with our time and make more informed decisions, faster. You still need humans to organize, compile and analyze it, but much of that legwork is done through the technology.

What do you think is ahead for AI and the land industry?

TC: The focus early on was oil and gas leases, which are fundamental and foundational for us as a land discipline, and subsequently expanding the technology to include other documents and contracts that we deal with on a regular basis — assignments and bills of sale, joint operating agreements, farmout agreements, rights of way, surface use agreements, etc. I think the next step is integrating this technology to really adapt to the many different systems/databases that we use to manage other parts of our business; whether it be accounting, production reporting, regulatory or geology, this will be impactful. In addition, our legal departments, supply chain groups and marketing groups all can utilize this type of technology, so I think the expansion to help our industry become more efficient and accurate is a tremendous opportunity ahead of us.

You spent three years (2015-2018) on the NAPE Operators Committee and now you’re on the NAPE Advisory Board. What have you enjoyed most about those experiences?

TC: First and foremost, I’ve really enjoyed working closely with the NAPE staff and leadership. The work that Le’Ann Callihan and her team do is just incredible. They’re very well organized, thoughtful and nimble. How they adapted and moved from an in-person Summer NAPE to a virtual event I think was incredible. Second, I’ve enjoyed the challenge to make each and every NAPE better than the previous expo. Building on it, making it more meaningful for attendees and exhibitors, utilizing technology and continuing to be creative — it’s been exciting to be part of that.

Why is NAPE so important to our industry?

TC: It’s all about the connections both within our industry and within the land discipline. It’s a great place to network. There’s no place like it to reconnect with so many of your peers and make new connections. Second is bringing the AAPL, IPAA, SEG, and AAPG together. There’s no other event that brings all those cross-functional groups together in one place. And then being able to see so many prospects at one location. There are deals that get done at every NAPE. It’s the connections, it’s the interactions among cross-functional groups and it’s one-stop shopping for prospects. 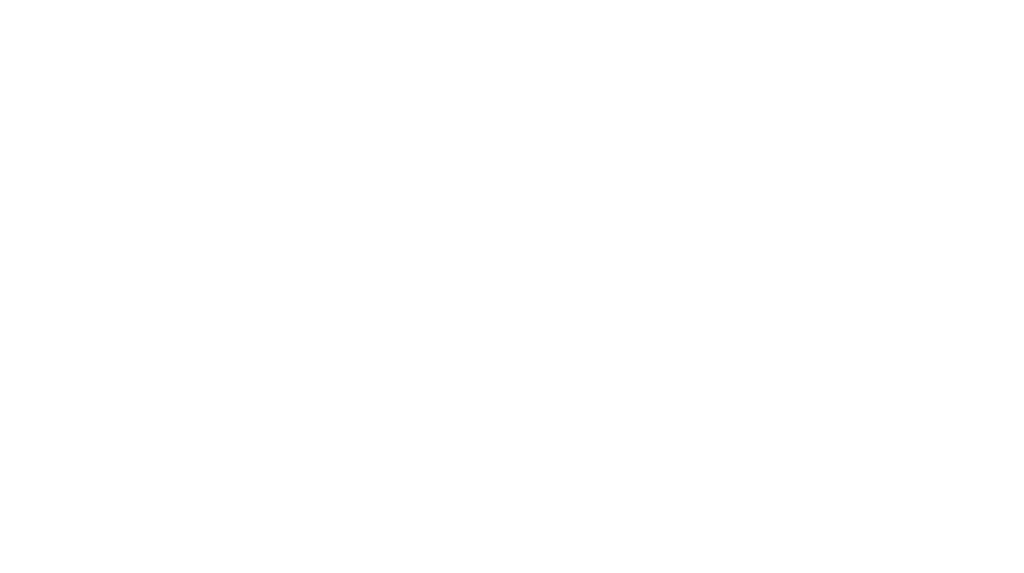 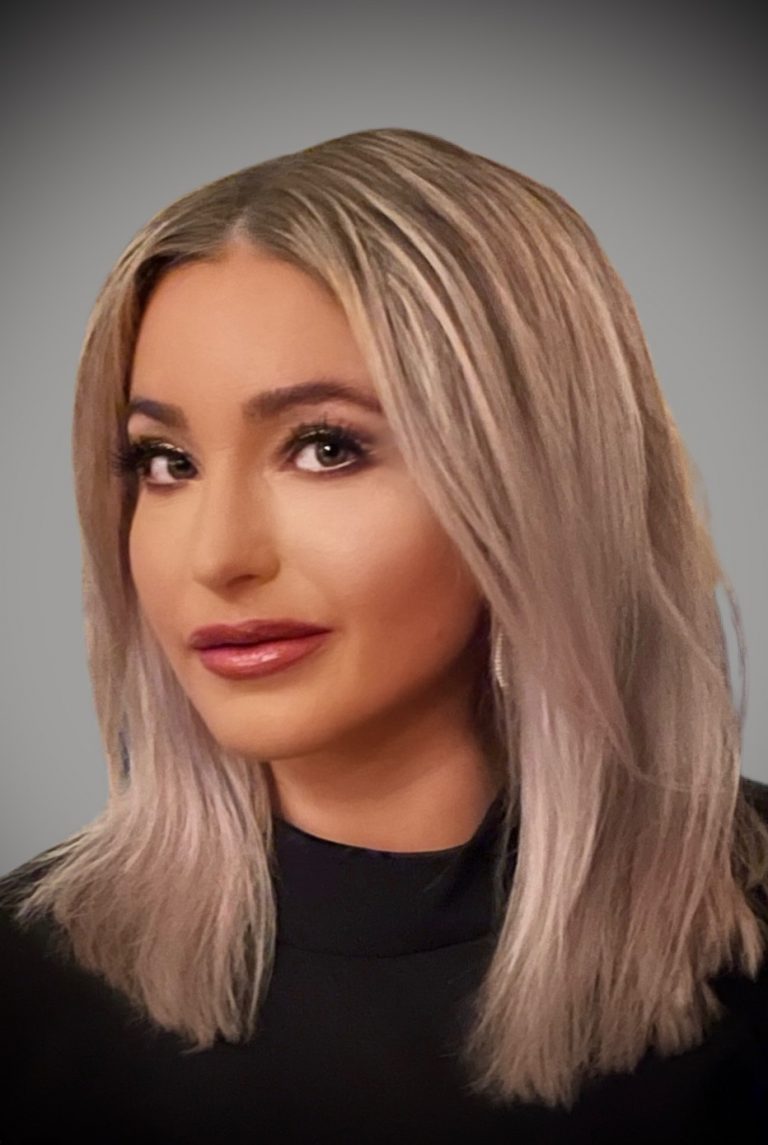 Essential Guide to Modernizing the Land Department: Part 1 – What Energy Companies Need to Look Like in the Future